List of the Sharpest Swords & Blades in World History [Updated]

The history of swords often centers on the origin of the blades, famous wielders, and legendary battles. But the physical characteristics of history’s most significant swords should also be considered when studying the importance of the blades and the fighting styles of those who used them.

Sword sharpness is directly connected to how the weapon was forged. Learning about the sharpness of historical blades means appreciating the forging process, the materials used to make the swords, and the intentions of the swordsmiths who crafted them.

The following swords from the continent of Asia are some of history’s sharpest and most durable blades ever made.

These swords proved deadly in combat and were the go-to weapons of the fiercest fighters.

Several recognizable swords make the list of the sharpest swords in history. These weapons are objects of such fascination that they continue to reproduced and collected today. 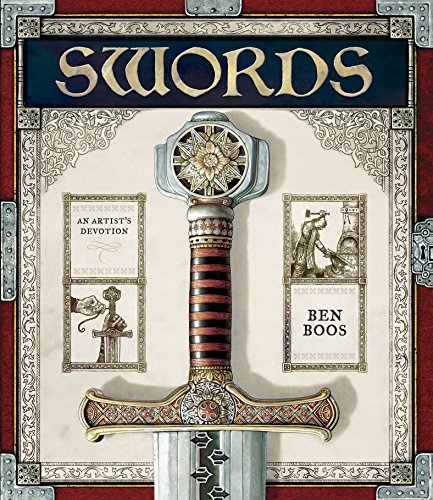 The Damascus sword was produced in India and other areas in Asia as early as 2,000 years ago. Ancient craftsmen used wootz steel, a metal laced with carbon nanotubes.

Early Damascus blades contained as much as 1.5% carbon.

The iron ore used to create these blades was found in Indian mines and utilized until the 18th century, when much of the knowledge of Damascus steel was lost.

Damascus steel swords could stay sharp throughout several battles. Some blades proved so sharp that they may have been able to cut falling silk and slice stones in half.

Damascus steel likely sounds familiar to you. That’s because it has experienced a major boost in popularity over the last several years as modern bladesmiths have learned the ancient forging technique and experimented with new ways of forging Damascus steel products.

The shamshir is a curved sword produced and utilized in 16th century Persia, the greater Middle Eastern region, and parts of Mughal India. Recognized for its dramatically curved blade, the shamshir is an ultra-sharp historical blade made with Damascus steel.

Many swords fall under the “Damascus sword” category described above, and the shamshir is just one deadly example. The shamshir is characterized by its unique blade shape and tapered construction.

The sword was used by soldiers fighting on foot and on horseback and was effective in both scenarios.

Merchants and soldiers traded shamshir swords widely in the 1500s, and the shamshir became a popular weapon across the Middle East as a result.

Today, you can find historical examples of shamshir swords in many museums around the world. Reproductions of this sharp and deadly sword keep its legacy alive.

The wakizashi sword was first developed in Japan during the Muromachi period (15th to 16th centuries). This sword was the back-up weapon of the fierce military nobility called the samurai.

Slightly smaller than its famous counterpart the katana, the wakizashi’s blade measured 12-24 inches long on average and was forged with a slight curve.

This sword was similar to the katana in many ways, but is not merely a smaller version. The wakizashi is known for its extremely sharp blade and its unique capabilities.

Although a secondary weapon, the wakizashi proved essential in close combat and indoor fighting. The short and maneuverable blade was deadly to both enemies and samurai, as it was used not only for fighting but also for ritualistic suicide performed by some samurai.

Unlike the katana, which could only be wielded by the samurai, wakizashi swords could be worn and used by the merchant class. Merchants needed protection when traveling with valuable goods, and the wakizashi’s small size and sharp blade made this weapon a perfect choice for merchants.

The katana is Japan’s most famous sword. Thanks to movies, tv shows, and books, the katana is one the most recognizable swords in the world. This blade is the source of fascination for history enthusiasts, bladesmiths, and fans of Japanese culture.

The katana appeared in its earliest form in the 700s AD. The early style of the blade was based on the Chinese double blade, but Japanese swordsmiths altered the katana to make it unique.

While the katana can be traced back to around 700, the sword was not widely used by samurai until the Kamakura period (1185-1333). It was the primary weapon of the samurai class and was paired with the smaller wakizashi.

The quick draw time, sharpness, flexibility, and durability of the katana made this weapon the perfect choice for samurai. It was only wielded by these fighters.

Japanese swordsmiths forged the katana from several bars of iron to give the swords their distinct physical characteristics. A soft bar gave the sword flexibility. Two hard bars provided strength. A steel bar provided an edge for sharpening. These bars were heated together and hammered into a single deadly blade.

While not the sharpest sword on the list, the katana’s design made it an extremely effective blade. Its combination of flexibility, durability, and sharpness is unmatched by other swords throughout history.

The katana was used in combat until the end of World War II. After a period in which production was banned, swordsmiths across Japan have again taken on the challenge of creating beautiful katana swords for collectors.