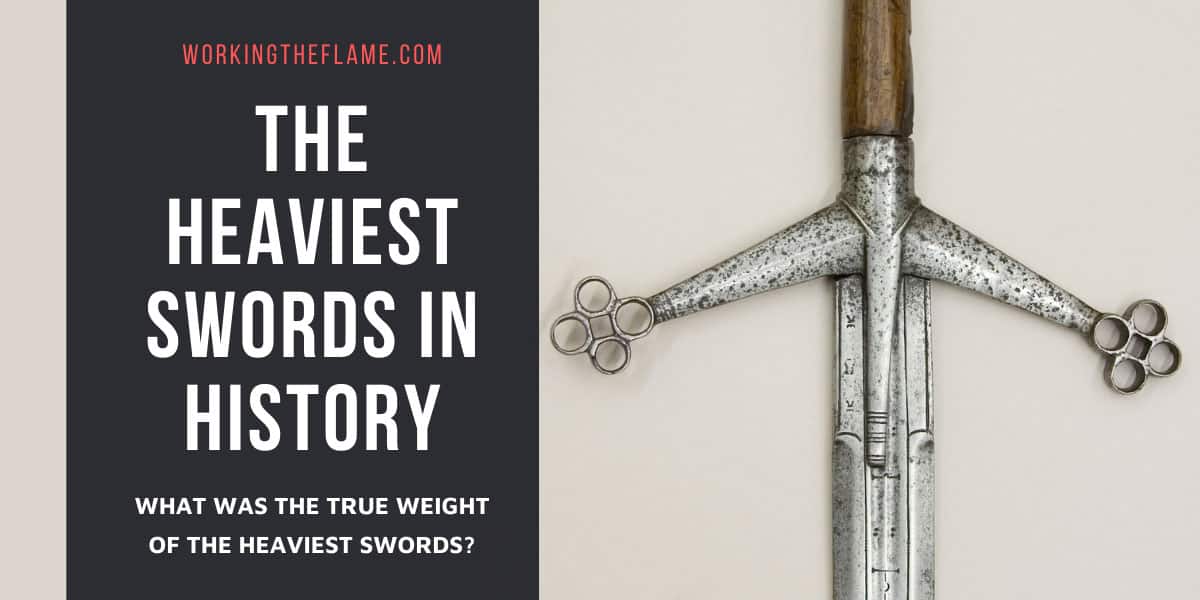 Medieval and early modern swords are objects of fascination for modern day history buffs, bladesmiths, and film junkies. We have all seen medieval swords wielded in battle, whether in our favorite historical documentary or at a renaissance festival.

While the medieval and renaissance sword is one of the most well-known weapons, it is also widely misunderstood thanks to media misrepresentations and inaccurate reproductions.

When studying historical swords, one the most important characteristics to make note of is the weapon’s weight. This feature is also subject to debate in the scholarly world and among sword enthusiasts and fencers.

This is a short list of the heaviest swords in history, but it is also an article dedicated to busting some of the most common myths about sword weight in the medieval and early modern periods. With that in mind, let’s take a look at the weightiest swords wielded by medieval and renaissance fighters. A discussion of average sword weights and some common misconceptions follows. 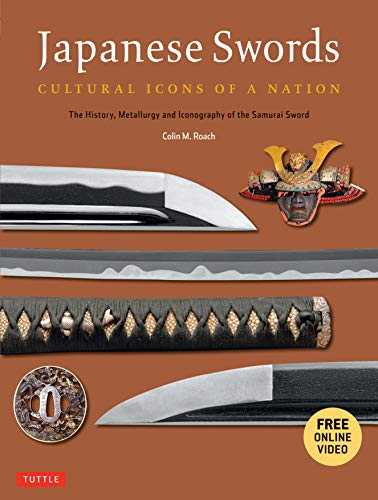 109 Reviews
Japanese Swords: Cultural Icons of a Nation; The History, Metallurgy and Iconography of the Samurai Sword
Buy on Amazon

The German Zweihänder is perhaps the most outlandish sword of the early modern or renaissance era. This two-handed sword averaged 4 feet 7 inches in length and weighed 8.8 pounds or more.

It was developed in the 1500s and was used by Landsknechte mercenaries in Germany and Switzerland. The sword saw battle in the early and mid 16th century. By the end of the century, the Zweihänder was used for ceremonial purposes.

Zweihänder swords used in battle would have necessarily been smaller and lighter than those wielded in ceremony. Ceremonial specimens could weigh as much as 10 pounds!

The two-handed claymore was a Scottish sword developed as early as the 13th century. Scottish soldiers most commonly wielded this sword in the 15th-17th centuries in clan warfare and skirmishes with the English.

Similar in size and design to the English greatsword, the claymore was also modeled after Viking swords.

Soldiers in the Wars of Scottish Independence in the 13th and 14th centuries used early versions of the claymore. The sword was last used in the Battle of Killiecrankie in 1689.

The claymore averaged 55 inches in length and weighed around 5.5 pounds.

How Heavy Were Average Swords?

Surprisingly, swords in medieval and early modern Europe averaged 2.5-3.5 pounds. Celebrated sword expert and historian Ewart Oakeshott studied hundreds of medieval and renaissance swords over the course of his career and noted that most were very lightweight and manageable:

“Medieval Swords are neither unwieldably heavy nor all alike – the average weight of any one of normal size is between 2.5 lb. and 3.5 lbs. Even the big hand-and-a-half ‘war’ swords rarely weigh more than 4.5 lbs. Such weights, to men who were trained to use the sword from the age of seven (and who had to be tough specimens to survive that age) , were by no means too great to be practical.”(Oakeshott, Sword in Hand, p. 13).

Oakeshott worked in the 20th century, in a time when many misconceptions about medieval weapons were taken as fact.  John Clements, martial artist and arms expert, has this to say about arms curator and contemporary of Oakeshott, Charles Ffoulkes:

Sadly, Ffoulkes in 1945 even stated, “All the swords from the ninth to the thirteenth century are heavy, ill-balanced, and are furnished with a short and unpractical grip.” (Ffoulkes, Arms, p. 17). Imagine that, 500 years of professional warriors and fighting men had all gotten it wrong, but a museum curator in 1945 London, who had never been in a real sword fight let alone trained with real swords in any form himself, is able to inform us of the failings of these magnificent weapons.

Oakeshott’s observations are confirmed by the many swords included in the Wallace Collection Museum in London. The majority of these single-handed medieval swords weigh no more than 4 pounds.

Two-handed swords would have been heavier, but not nearly as weighty as one might think.

Modern scholars and swordsman agree that the average medieval sword was well balanced, light, and easy to use. This conflicts with the popular notion that swords of the middle ages were heavy, cumbersome, and club-like.

Dr. Timothy Dawson explains that single handed swords weighed only as much as 3.5 pounds. Greatswords topped out at around 6 pounds.

Ceremonial swords like the Zweihänder discussed above could be much heavier, but were not used in combat.

Unwieldy swords would not have been practical in hand-to-hand combat or for combat on horseback. While many soldiers were quite strong from years of practice, it would not make sense for swords to be unnecessarily heavy.

As stated above by John Clements, medieval bladesmiths and swordsmen had hundreds of years to develop functional, balanced swords that would be effective in the combat styles of the period.

While the myth of the heavy sword is slowly waning in scholarly circles, the popular misconception of medieval sword weight continues to be perpetuated in films, tv shows, and other media.

We hope this article and other sources online can help combat (pun intended) these misunderstandings while celebrating the uniqueness of the claymore and Zweihänder swords.

A final note: while this article discusses European swords, the same information holds true for swords on other continents during this period. There are a few stories of swords in India weighing 40 pounds or more, but these stories lack substantial historical evidence.