List of the Best Fighting Swords in World History [Updated]

Thanks to books, tv, movies, and online documentaries, some historical swords are more familiar to us than ever before. Most have seen the power and elegance of a katana, or the fearsome blows of a Viking ulfberht.

Every major civilization in history has depended on weapons as a tool of security and conquest. Whether the attacker or the attacked, a blade of some sort was the weapon of choice prior to the invention of the gun.

Blade styles and uses vary depending on the time period or location studied, and historic swords give us valuable insight into the lives of those who wielded them.

The following fascinating blades are some of the best fighting swords in world history, from ancient times to the 20th century. 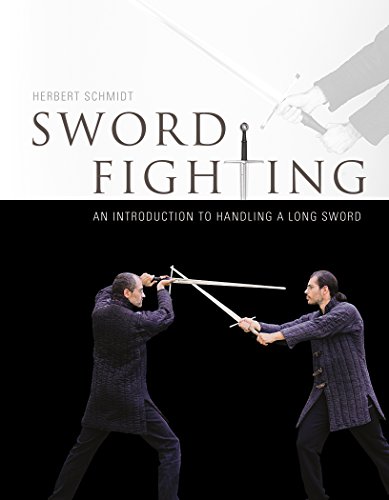 66 Reviews
Sword Fighting: An Introduction to handling a Long Sword
Buy on Amazon

The khopesh sword was a curved Egyptian blade that was sharpened on one edge. This weapon may have originated in the Middle East or was adapted from sword styles of that region.

The hooked blade of the khopesh allowed its wielder to disarm and finish off their opponent in a few moves. Considered lightweight by ancient standards, the khopesh still proved thick enough to be used as a club in some instances.

Ancient Egyptian artists included this blade in many hieroglyphs. Warriors who wielded a khopesh were often embalmed with their prized weapon.

One of the most famous and deadly swords in human history is the Roman gladius. This blade may have derived from those of Celtic mercenaries.

Its relatively short and thick blade made it effective for thrusting. While versatile due to its shape and size, the gladius truly was most deadly when used by disciplined formations of soldiers in thrusting attacks.

This weapon allowed the Roman Empire to grow and maintain its power  for hundreds of years. Many historians consider the gladius the deadliest sword in history, as it is estimated to have killed more people than any other blade.

The ancient Spanish developed the falcata, a curved sword measuring approximately 2 feet in length. This blade featured a unique blade that was single edged at the hilt and double edged at the tip.

Like many other blades on the list, the falcata was a versatile weapon used for chopping and slashing.

The falcata is most famous for being Hannibal’s weapon of choice against the Romans during the Punic Wars. He provided his soldiers with falcatas of their own.

The sword’s effectiveness is thought to be the reason for Hannibal’s victory at the Battle of Cannae in 216 BC.

Next on the list is the miao dao, a classic Chinese sword. This weapon was the ultimate multi-use sword, as it was long enough to use with two hands and light enough for one-handed maneuvers.

Because of its size and weight, soldiers wielding the miao dao in close combat proved deadly. Most fighting techniques could be accomplished, such as slashing, thrusting, and chopping.

Fighters used the miao dao for combat and for the executions of prisoners of war.

Another famous sword is the ulfberht. Although technically considered a Frankish weapon due to its development by Frankish swordsman, the ulfberht is widely recognized as a Viking sword today.

Archaeologists have discovered around 17o of these swords at dig sites in Northern Europe. Vikings often buried warriors with their prized weapons.

The swords found date to between 800-1000 AD, when Viking invasions became rather commonplace in areas across Europe.

Interestingly, although the swords date to the early middle ages, the methods for creating the famous ulfberht were highly advanced and effective.

The blade was made with “crucible” steel, which was extremely strong and nearly unbreakable. The metal is thought to have been forged at around 3,000 degrees Fahrenheit, although the process for doing so remains a mystery.

One of the most recognizable swords from the Middle East is the scimitar. This blade is popular in books, movies, and reenactments because of its unique curved shape.

Developed in the 9th century, the scimitar was traditionally forged using Damascus steel. The light and versatile blade made combat on horseback highly effective.

The sword was perfect for downward slashing motions, which were achieved while riding horses. In a pinch, the scimitar also made for deadly hand-to-hand combat.

The scimitar is also an important object in Middle Eastern legend and Islamic tradition.

The katana is perhaps the most famous sword on this list. Not only is it featured in hundreds of movies and tv shows, the historical significance of the blade is so great that it continues to be reproduced by skilled swordsman around the world.

Owners of the katana, both historically and in modern times, consider the blade a work of art. The elegant shape of the blade and the precision used to craft one make the katana one of the most highly prized swords ever.

Historically, the samurai wielded katanas and used them in close combat. The extremely sharp blade was regulated in 1876 and could only be used by police and samurai lords.

The Katana is truly a symbol of Japan and its rich history. While mostly associated with samurai warriors, the katana was also worn by everyday soldiers in World War II.

The estoc sword is one example of the European longsword commonly used throughout the Middle Ages and Renaissance period. This version was developed in France.

The estoc blade, like other longswords, featured a long, narrow, and pointed shape that could easily pierce through armor and chain mail.

Interestingly, the European longsword is named not for an unusually long blade, but rather for a longer than average hilt. This can be seen on surviving artifacts, reproduction swords, and in illuminated manuscripts.

Because of its larger size, soldiers used the estoc and other longswords by thrusting or swinging the blade at opponents. While it could be used one handed, most wielders proved more effective in combat when using two hands.

The estoc sword and other versions of the longsword gained popularity as hunting weapons in the late 15th century.

Another European sword, the zweihander was popular in Germany and known for its incredible size.

Soldiers wielded the sword with two hands, as the weapon could be made up to 6 feet in length. Only the strongest and fittest soldiers could handle this weapon, as it averaged about 15 pounds.

The length of the zweihander allowed soldiers more reach and power than their opponents, and the weapon was ideal for efficiently breaking up long rows of pikeman.

The zweihander is considered a later example of the European longsword. This weapon was most popular in the late Middle Ages and Renaissance era.

One of the most unique swords to make the list is the German flammard, or flammenschwert (literally “flame sword” in German). This blade is similar to other European longswords of the 14th-17th centuries, except that it features a wavy blade, often called a flame-bladed sword.

Swordsman believed this odd blade shape was more deadly than a standard straight blade, and that the undulating metal could slow down opponents and upset their rhythm.

These theories proved mostly false, but regardless, this sword was still effective in close combat and was a unique alternative to other styles of longsword.

A lesser known but incredibly deadly sword is the Nepalese kukri. This blade was wielded by Gurkha warriors and is a short sword/dagger that features an angled blade.

The distinctive shape of this weapon made it effective for slashing and chopping at enemies, and skilled swordsman could decapitate their opponent in a single swing.

The kukri was so feared by the Gurkha’s enemies that some fighters would give up immediately after seeing the blade.

The kukri is one of the best examples of a short but deadly blade in world history.