What did Colonial Blacksmiths Wear?

When colonial tradesmen, such as blacksmiths, arrived in the New World from Europe, they had to adapt to a completely new environment. Not only did product demands and work requirements change, but the way colonial blacksmiths dressed altered as well. New climates and scarce resources impacted the workwear of blacksmiths and encouraged the adoption of simplistic styles. Although not a drastic evolution, modifications in the clothing materials and protective garments of colonial blacksmiths in early America were important to the comfort and productivity of these essential craftsmen. 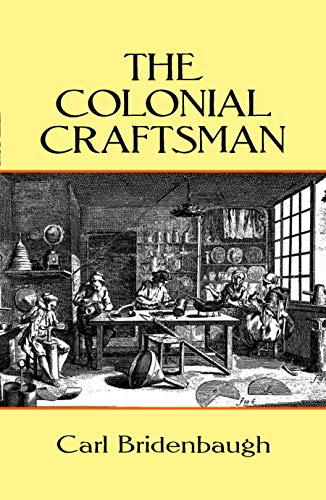 Working-class European men renounced frivolous clothing trends when they set sail to the Americas during the 16th, 17th, and 18th centuries. They knew about the rough terrain and “uncivilized” nature of the New World and that their clothing needed to be durable and simple enough to move and work in with ease. Most colonists arriving in North America previously presided in England, France, and the Netherlands and were therefore accustomed to cooler summers. Once in America, colonists soon learned how hot and humid colonies such as Virginia, Georgia, and the Carolinas could become.

The hotter overall climate of the southern colonies in particular led tradesmen and upper-class colonists alike to adopt a simple sense of style that incorporated breathable, loose fabrics. Linen and cotton shirts were the norm for blacksmiths, as it allowed them to stand by a hot forge on an almost equally hot summer day without overheating. Blacksmiths wore their shirts loose to allow for even more air flow and the unrestricted movement that was necessary when working with metal and tools.

In the 17th and 18th centuries, men wore knee-length pants called breeches with light-weight stockings that covered the entirety of the calf and ankle. Colonial breeches worn by blacksmiths were commonly made from linen, twill and cotton blend, or linsey-woolsey, a cheaper version of wool. These materials were breathable yet durable, so blacksmiths could work in them daily with comfort and not sacrifice on quality.

The workwear of colonial blacksmiths was simple and functional. Besides the basic shirt and pants, blacksmiths had only one other main source of protection from the open flame in their forge: a leather apron. These aprons covered the front of the blacksmith and protected him from stray sparks during the metalworking process. The apron usually covered from the chest or waist down to the mid-shin.

Aprons covering the chest were called “welder’s aprons” and the top usually formed the shape of a triangle or square. Blacksmiths often fitted horseshoes for clients, so their aprons had a split in the middle to allow them to cradle the hoof of a horse between their knees. Colonial blacksmith aprons were made of cowhide and could be purchased from the local tanner.

Surprisingly, the leather apron was the only major form of protective workwear at the colonial blacksmith’s disposal. Even when the settlement of Jamestown became more established in the mid-1600s, blacksmiths still lacked the tools and materials they needed to craft high-demand products.

Anthony Langston, a resident of Jamestown, said in 1663 that there was a “want of iron and steel, whereby the Smiths trade might go forward w[hi]ch is the foundation of all other Arts…” It took months for shipments from England to arrive in Virginia, and supplying the colony with all of the tools that its tradesmen needed was not a priority. This lack of basic materials could be a reason why blacksmiths went without protective measures such as gloves.

Since other resources were scarce, blacksmiths may have prioritized things like raw materials and tools instead of protective garments and it became a habit to forgo gloves. Another reason historians believe colonial blacksmiths did not wear gloves was that they simply preferred direct contact with the metal being worked. Blacksmiths were able to better feel the quality of the metal and its form without cumbersome gloves getting in the way.

The clothing worn by blacksmiths during colonial times reveals a lot about the environment in which they worked. Colonial blacksmiths adopted lightweight, durable, and simplistic workwear to better withstand the hotter climate of southern colonies. They relied on their local tanner for leather aprons to protect them from the dangers of working with fire, yet did without gloves, perhaps due to the overall shortage of supplies in the New World or because of personal preference. The clothing worn by blacksmiths during colonial times allowed him to be more efficient at his work even when faced with unfamiliar challenges.