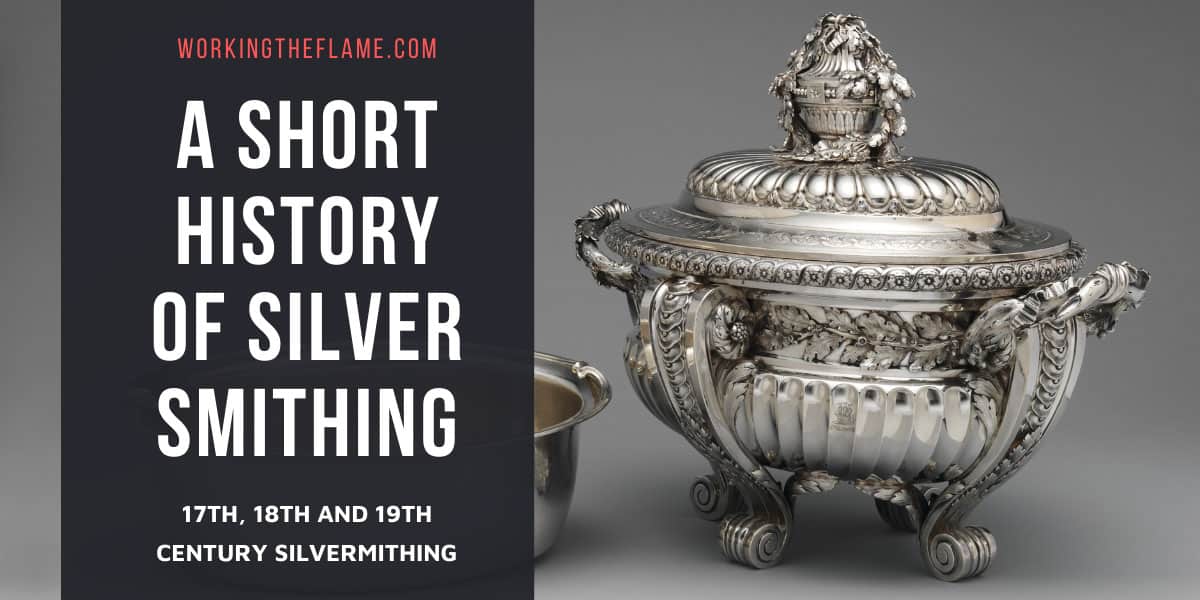 Silversmithing has been an important craft since ancient times. Its history is truly global, with cultures on most continents refining silver in their own unique ways to create useful and beautiful items. While the entire history of silver and its everyday uses is long and fascinating, the 17th, 18th, and 19th centuries were the climax of silver production and will be discussed in detail.

Two very different times and places saw the advancement of silversmithing: 17th and 18th century England and France, and 19th century Southwest America. Let’s take a look back in time and discover the role of silver in the everyday lives of artisans and consumers in these time periods and places. 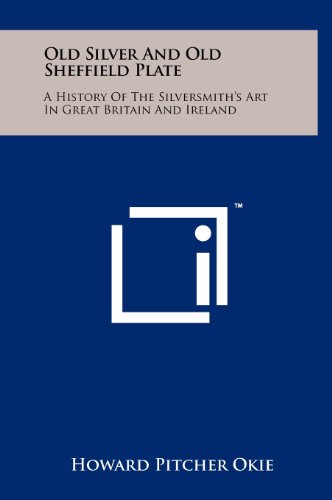 Old Silver And Old Sheffield Plate: A History Of The Silversmith's Art In Great Britain And Ireland
Buy on Amazon

Silversmithing in 17th and 18th Century England and France

Silversmithing was a popular occupation during the 17th and 18th centuries as the upper and middle classes demanded functional and beautiful serving ware and other household goods.

Silver equalled status in 17th and 18th century Europe. Only the wealthy could afford to splurge on everyday items made from silver in the early part of these time period, but as the middle class expanded, silver became available to more people.

French and British silversmithing guilds created a system for ensuring the quality of silver and helped to create a booming industry that included apprentices and masters.

Young silversmiths would begin an 8 year apprenticeship with a master silversmith and would exchange instruction for manual labor. After completing the apprenticeship, it took 2-3 years to become a journeyman. Journeyman silversmiths could operate their own shops, but some smiths continued their education to become masters of the craft.

To earn this prestigious title, smiths submitted trial work to their local guild, which judged the piece and decided whether or not the craftsman was ready to become a master. While most master silversmiths were men, women also worked with silver and became well-respected in the industry by the end of the 18th century.

Guilds also performed regular quality checks on finished pieces. The correct silver content for handmade goods was 958.33 parts out of one thousand.

17th and 18th century silver items included torcheres, mirrors, console tables, candlesticks, and silverware. By the 1700s, silver tea and coffee pots were all the rage in France, England, and the American colonies.

This era also saw the invention of the tureen, which was the ideal piece for silversmith and consumer alike. The large size of the average tureen was the perfect canvas on which silversmiths could showcase their latest designs. For the consumer, a tureen was a stunning centerpiece for the table and a topic of conversation at dinnertime.

The tureen was truly a status symbol as it was the most expensive item one could purchase from a silversmith. Tureens also changed the way people dined. Food was now set on the table and displayed throughout the course of the meal instead of being taken away by servants. This service à la française style of dining dominated France and Europe and still influences the way many of us eat today.

The style of silver changed over time as larger trends in art shifted from the ornate Rococo style of the early 18th century to more understated and elegant Neoclassical designs. We can observe this transition in surviving silver pieces.

Native American silversmithing in the 19th century is another important part of the craft’s history. The Navajo people are credited with being the first to work with silver in the mid 1800s. They likely learned the skill from Mexican blacksmiths and adapted techniques to suit softer metals.

At first, Navajo craftsmen used copper for their projects but as silver became more widely available at American outposts, artisans quickly favored the shiny, slightly less malleable material. Tools were sparse, so the first artisans utilized what they had on hand. Old files were a favored tool for pressing designs into the surface of silver.

The Navajo people shared their skills with neighboring tribes such as the Pueblo, Zuni, and Hopi. The tribes traded silver products with each other and sold finished goods to tourists. Native silversmiths excelled at creating unique belts, bracelets, necklaces, plates, and other utilitarian wares

Southwestern jewelry made by Native peoples became all the rage on the East Coast, and the jewelry style remains popular today. The innovation and artistry of Native American silver stands out in the history of silversmithing.