Glassblowing and lampworking are traditional glassworking processes that have been important in manufacturing and artisan industries for centuries. While both crafts work with glass, lampworkers manipulate glass on a smaller scale, working glass rods and using torches as a heat source.

Lampworkers generally make items like beads and small containers. Glassblowers work with larger amounts of glass that are heated in a furnace. A blow pipe is used to create a bubble in glass and make things like vases, cups, ornaments, and more.

The process of working glass is fascinating, and there are many interesting and fun facts about glassblowing and lampworking through the ages. 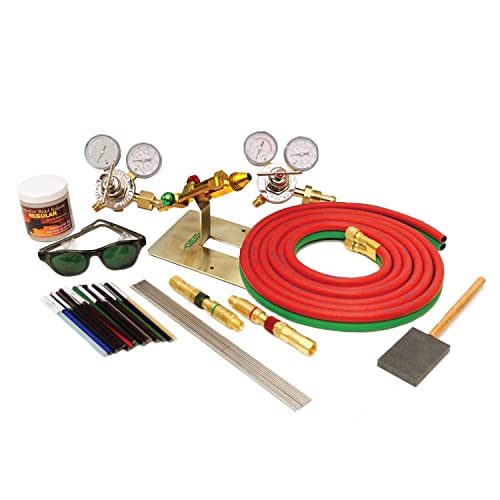 Fun Facts About Glassblowing and Lampworking

1) A small breath of air is sufficient for blowing glass.

When blowing through a blowpipe, glassblowers only need to produce enough air to blow out a candle or fill a balloon. That little puff of air is essential to forming glass into the proper shape, but doesn’t take as much effort as you might think. Controlling how much air is injected into the glass is an important aspect of glassblowing that beginners focus on in the early stages of education.

2) You won’t die if you inhale through a blow pipe.

Yes, this is a concern of many who begin working with glass. What if I accidentally inhale instead of exhale? Will the heat burn my throat? The answer is no; since the blowpipe is made of steel and the tube is quite long and narrow, the air has time to cool before reaching your mouth.

Historical Facts About Glassblowing and Lampworking

3) Glassblowing was invented in the 1st century BCE

The ancient Syrians are credited with first inventing glassblowing as we know it today. Prior to the creation of glassblowing, glass artisans were restricted to creating opaque bowls that imitated those made of metal. These contained small bubbles from the firing process that turned green or yellow due to impurities in the glass.

The invention of glassblowing allowed craftsmen to create a wide variety of higher-quality objects.

4) The Italians kept lampworking a secret for 400 years!

In the 14th century, lampworking became all the rage in Murano, Italy. Artisans made vessels, beads, and other decorative objects using the technique. Lampworking became so profitable that the people of Murano kept the process a secret to ward off competitors.

The knowledge was kept on the island of Murano, and the punishment of death kept artisans in line. Eventually, lampworking spread throughout Europe, but Italy’s lampworking legacy remains well-respected.

5) Glassblowing as a process hasn’t changed much since the 1600s.

Glassblowers living and working in the colony of Jamestown in the early 17th century worked glass in much the same way as artisans today. Glass was heated in furnaces and gathered on blowpipes to be worked. Glassblowers used tools, gravity, and air to form the glass into the desired shape and cooled the glass in an annealing oven. Tools like marvers, puntys, blocks, and jacks were all used by colonial artisans.

The process was essentially the same as it is today. When you watch a glassblower work in modern times, what you are really seeing is continuity in the artform that makes glassblowing a part of living history.

Scientific Facts About Glassblowing and Lampworking

The glass worked by glassblowers is extremely hot at over 2,000°F. In fact, it is the same temperature as lava from a volcano! Glassblowers take precautions from the intense heat of glass by wearing protective eyewear and prioritizing safety guidelines each time they go to work.

7) Glass is made from sand.

The glass used by glassblowers and lampworkers usually contains around 50% sand and a mix of other ingredients such as lime, potash, and Borax. To make colored glass, silver, copper, manganese and other materials are mixed into traditional glass.

The additives a glassmaker chooses will alter not only the color of the glass, but the overall behavior of it when heated and formed.

Instead of buying glass from outside sources, many universities save time and money by employing on-site glassblowers to make and repair scientific laboratory equipment. The University of Iowa, for example, has had nine different glassblowers in the past 94 years who are affiliated with the chemistry department but work for anyone seeking their expertise.

Having a glassblower on university campuses is convenient and cost effective. Professors can visit the glass shop at any time and make personalized requests that might not be able to get made anywhere else.