List of Famous Blacksmithing Festivals & Events Around the World [Updated]

Blacksmithing has a rich global history and talented craftspeople continue to enjoy the art form today. One of the best ways to connect with fellow blacksmiths and learn more about the trade is by attending one of many blacksmithing festivals that take place annually and biennially across the globe.

While each of the following festivals takes place within their own unique settings, they exist to promote the ancient craft of blacksmithing and connect artists and enthusiasts alike.

Each festival has distinct characteristics, but all blacksmithing festivals are characterized by live demonstrations of the craft, marketplaces where visitors can buy handmade goods and tools, and opportunities to learn the art of blacksmithing and bladesmithing.

The following are a few famous and popular blacksmithing festivals in North America, Europe, and Australia that have been operating for many years. Check out a festival near you, or plan a trip to visit one of these great events. 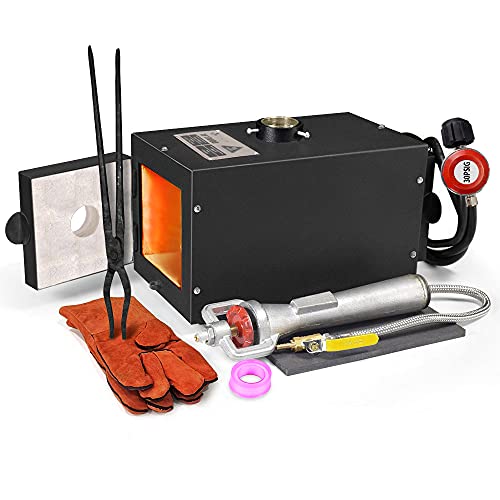 The Blacksmith’s Festival is a free event that takes place biennially. The Festival started in 2013 and has taken place every two years since.

It is run by the Waterside Blacksmithing and Metal Art Association, a non profit organization dedicated to promoting the traditional craft of blacksmithing in Australia. The Association’s committee organizes the Festival with the help of several local sponsors.

The Blacksmith’s Festival is a can’t-miss event that is fun for the whole family! Activities include team sculpture building, stalls, demonstrations, displays, and performances, and kids activities.

Give it a Go forging sessions give blacksmithing beginners time at the forge. If you have always wanted to try forging for yourself, this is a great opportunity to do so.

Workshops at the Festival include bladesmithing and women’s blacksmithing. Make your own small knife, candle holder, and hooks in these all-levels workshops.

CanIRON is Canada’s national blacksmithing conference that meets biennially. The event started in 1995 at a weekend picnic, and after much success, officially became CanIRON in 1997.

The conference moves west the east across Canada each year in different cities such as Calgary, Hamilton, and Vernon.

CanIRON events include presentations and demonstrations of blacksmithing techniques. This year, the event took place online. For more information about the next CanIRON conference, check out their website and follow on social media.

If you want to experience blacksmithing in a historic setting, look no further than the Hefaiston Festival in the Czech Republic.
This traditional August gathering takes place at Helfstyn Castle, a 13th century stronghold steeped in Central European history.

Hefaiston Festival started in 1982 and has taken place annually ever since.

International blacksmithing artists flock to Helfstyn Castle to participate in demonstrations and competitions that showcase their work.

You can expect to find traditional metalwork, jewelry, weapons, and foundry work on display and for sale at Hefaiston Festival.

The European Biennial Show of Blacksmithing Art is the premier blacksmithing festival in Europe. It started in 1976 and has taken place every two years since.

This festival aims to protect and promote blacksmithing in Italy and across Europe. Both traditional and modern blacksmithing styles are represented and celebrated.

Activities and events at the festival include marketplace stalls, sculpture competitions, design competitions, and demonstrations. While many of the main events are the same from year to year, the Show does continue to evolve as new generations of artists participate.

If you enjoy a wide variety of activities and want to experience traditional and modern blacksmithing, the European Biennial Show of Blacksmithing Art is the festival for you.

Learn about the history and culture of Slovenia as you experience forging demonstrations, food, sports, and cultural events.

The Festival is in partnership with the Hereford College of Arts and the Hereford Business Improvement District. If you are interested in supporting the city of Hereford and blacksmithing in the United Kingdom, you should definitely check out the Ferrous Artist Blacksmithing Festival!

The Hammer-In Festival started over 30 years ago to recognize the history of metalworking in Pennsylvania and to promote the future of metal arts and crafts.

The Festival is hosted by Rivers of Steel, a metalworking non profit that works to educate the public on blacksmithing and other forms of metal craft.

Each year, the Festival offers different opportunities to visitors. In 2022, W.A Young and Sons Foundry and Machine Shop will host the Hammer-In Festival. Activities will include shop tours, demonstrations, and an auction.

Admission is free and refreshments are provided.

8) Fire on the Mountain

Fire on the Mountain is a blacksmithing festival that takes place each year in North Carolina. This state is known for its rich history of blacksmithing and its many talented artists.

Located near the renowned Penland School of Craft, the Fire on the Mountain festival features world class artists from North Carolina and around the United States.

Activities include live demonstrations, youth and adult competitions, and workshops in the festival’s Hands On Tent.

Buy food and handmade sculptures, jewelry, furniture, and more in artist stalls. If you are a blacksmith, be sure to check out the many tools for sale at the festival.

The Fitchburg Forge-In has been meeting since 2003. This festival promotes traditional iron craft in Massachusetts and New England. It also includes Renaissance themed events that pair well with the history of blacksmithing.

Activities at the festival (besides those based on the Renaissance) include live music, arts vendors, blacksmithing demonstrations and more.

Those interested in experiencing metalworking, New England’s history, and Renaissance activities will appreciate the eclectic nature of the Fitchburg Forge-In.